Land of Men
Libyan women had so many dreams post 2011 revolution. Whatever happened to them? 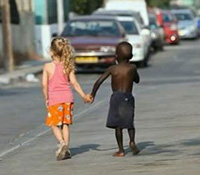 Last Stop
A vast and violent labyrinth lies right in the heart of Tel Aviv. It is the Central Bus Station, Israel's main transportation artery. Living in and around it are thousands of refugees, children of migrant workers with no identity of their own, and Jewish families who feel like strangers in their homes.
more info

Letters from Al Yarmouk
Palestinian director Rashid Masharawi, based in Ramallah, converses with a Syrian-Palestinian photographer, Niras Said, from the Yarmouk refugee camp in Syria. The two artists quickly bond over their craft and the importance of film and photos in capturing daily life in a conflict zone.

Not Anymore: A Story of Revolution
The story of the Syrian revolution as told through the experiences of two young Syrians, a male rebel fighter and a female journalist, as they fight an oppressive regime for the freedom of their people.
more info 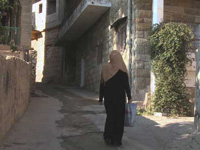 Not Who We Are
As seen through the lives of five women refugees from different socio-educational backgrounds, the film focuses on Syrian refugees who have become displaced due to the brutal war in Syria. War and displacement acutely affect women in particular.
more info