In the Image: Palestinian Women Capture the Occupation

The film focuses on the personal lives of several Palestinian women living in the West Bank through video footage captured by the women themselves, an initiative launched by the Jerusalem-based human rights organization B’Tselem.

Judith Montell has produced and directed documentaries dealing with issues of social justice, history, and education.
Emmy Scharlatt has worked as an editor, researcher, writer, and producer on documentaries and feature films since 1982. In the Image marks her first directing role.

Filmography - Judith Montell
2006 : Being the Tooth Fairy
2002 : A Home on the Range: The Jewish Chicken Ranchers of Petaluma
1990 : Forever Activists: Stories from the Veterans of the Abraham Lincoln Brigade 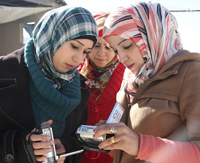 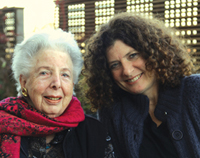