To the beat of "talk radio," a program entitled Strange Times, My Dears, three spirited women defy stereotypes in this dawn-to-dusk urban safari across Tehran. Follow Zohreh, the chic racer and many-times Rally champion; indomitable Madam Nosrat, the city's first ever female bus driver and feisty Sepideh who, with her colleagues, forms the world's only all-female firefighting team.

With passion, humor and daring, they all challenge the status quo. Poignant radio segments form an ironical and provocative narrative for the journey, exposing a society often in conflict with itself.

Native of Iran, Mahtab Mansour studied cinema in Paris, receiving her Masters from the Sorbonne. She soon returned to Iran where she taught Film Criticism and Semiology at Cinema Theatre University. During her career, she has been the director of the Cinematography Research Institute, managed the documentary film festival of Isfahan and participated in the production of more than 30 documentaries and short films for Iranian television. 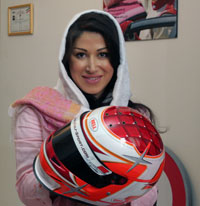 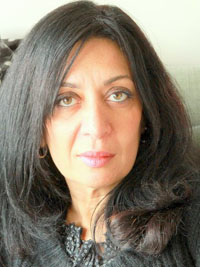