Logic of War vs Logic of Peace

Never has the Middle East known such chaos: civil wars in Iraq and Syria, warring communities in Yemen, disintegration in Libya, threats of a new Intifada in Israel-Palestine, not to mention confrontation in Afghanistan.

These conflicts are, paradoxically, the products of previous conflicts: ISIS is a ramification of U.S. intervention in Iraq, further ignited by the bloody repression in Syria by the Al-Assad regime. The disintegration of Libya results from Sarkozy's intervention into that country, while the Taliban's new offensives in Afghanistan sanction the failure of fourteen years of American presence. As for the Israeli-Palestinian conflict, it has been festering for almost seventy years.

But these tragic situations have also resulted from the way authoritarian governments have reacted to revolutionary movements in the Arab world, attempting to suppress them. They are the shared responsibility of these regimes and, to an even greater extent, of the dominant powers: the United States, Russia, as well as France and the European Union. The latter is beginning to pay the price of its politics in the form of terrorist attacks in Paris and the influx of hundreds of thousands of refugees.

The only answer offered by the regional and international powers is to add war on top of war. All serious experts agree that only representative, democratic governments can help these countries emerge from the reigning chaos. If this had happened in Bagdad and in Damascus, the breeding ground of ISIS would have been stopped in its tracks. The nuclear agreement with Iran shows that negotiation, however improbable it may seem, becomes possible when political engagement follows suit.

The hard lines taken by Netanyahu's new government leaning strongly to the right and extreme right precludes any progress in a bilateral negotiation. Palestine scored an advance with the admission of the State of Palestine to the U.N. in 2012, and then again when it joined the International Criminal Court in 2015. Yet since then, there has been no progress and the process is frozen.

Such is the background leading into our 7th biennial event, Middle East: What Cinema Can Do. It says how important it is, and how modest we feel. It is important because film remains a first class instrument for those leaning on the logic of peace and dialogue as opposed to those who rely on the logic of war now prevailing. And in all humbleness, we are aware that film - and culture in general - cannot work miracles. However, and above all, this cinematic journey inside the Middle East offered to festival-goers will convey quite a different image from that which is constantly propagated by the media. 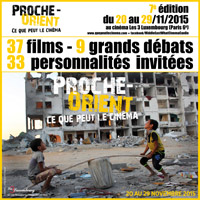 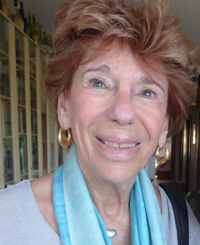